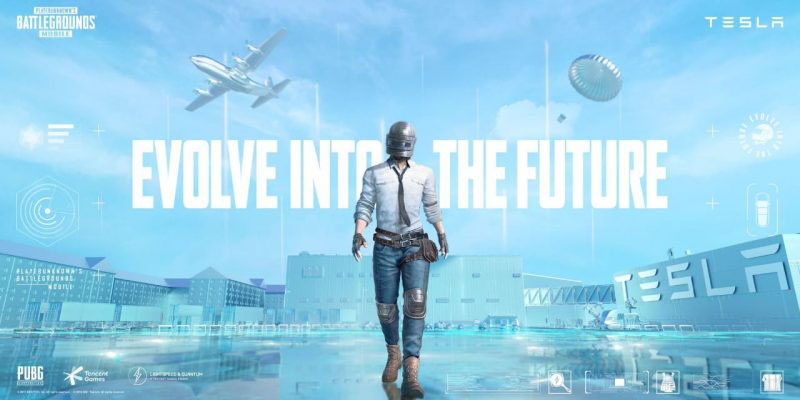 PUBG is the most attractive mobile battlefield game. Developers take the game to another level by releasing regular updates. Another important part of the development of the game is cooperation. Since the game’s release, developers have collaborated with celebrities and companies around the world. Similarly now PUBG Mobile Collaboration with Tesla and what is the benefit of TESLA to be a PUBG Mobile partner. We are going to all these things later in this article.

A new game mode is also being developed for each collaboration, which makes the game content more interesting. If you check out the previous update PUBG Mobile 1.4, a new version of Godzilla vs. Kong was developed in partnership with the Godzilla vs. Kong movie. The update is very successful and the players enjoyed it a lot.

PUBG Mobile recently announced the pre-registration of its new update. 50 million users have already registered for this update. With the new update, it is expected that the game will add new features that will be more modern than ever. PUBG Mobile officially tweeted that it is about its partnership with the very famous automotive giant Tesla. This collaboration will be released as part of the new 1.5 ignition update. 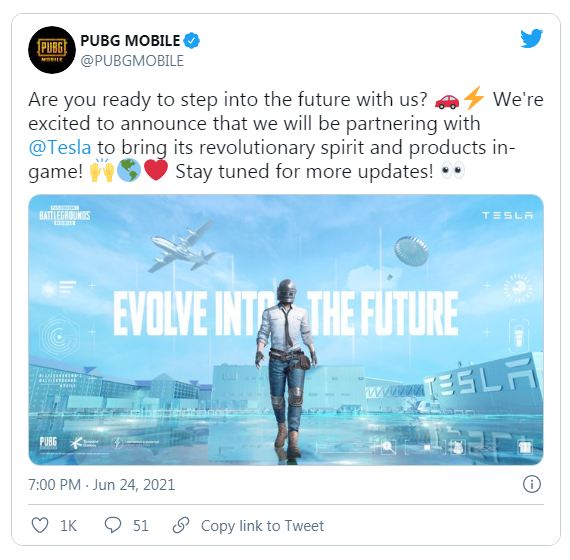 Why Did PUBG Mobile become a partner with Tesla?

Now we came to our main point why Did PUBG Mobile Collaboration with Tesla? and what is the benefit of this type of partnership. Before moving to the advantages of this collaboration we should know precisely about Tesla.

Tesla is an American electric vehicle and clean energy company based in California. Tesla manufactures products like electric cars, solar panels, solar roof tiles and other products and services that are durable. Tesla is a company of the future and its CEO Elon Musk is an icon. PUBG’s partnership with Tesla is seen as a major step towards creating something of the future in the gaming industry. In an official tweet from PUBG Mobile, he said that the game will be developed in the future with the help of his new Coleb, which will be included in the game on the PUBG Mobile 1.5 ignition update.

How to Change PUBG LITE Server?

Purpose of this Type Collaboration

It is clear that behind every signed agreement there is an advantage for both parties. No one is interested without gain. The new collaboration will appear in the upcoming update PUBG Mobile 1.5 Global Version. According to available leaks, the developers are providing Tesla electric cars in the next update regarding their cooperation. Due to the use of Electric cars models in the game, Tesla will advertise in this way and boost its sale through advertisement.

PUBG Mobile will get paid to show these cars like a tv show charge to display ads of different products similarly PUBG Mobile does.