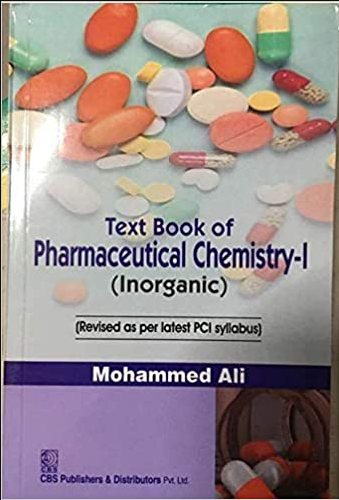 According to Muhammad Ali, medicinally useful substances are derived from organic or inorganic sources. Naturally derived compounds have attracted the attention of humans since ancient times, in which inorganic chemicals contributed significantly in some of the ailments, even after the development of many drugs from synthetic and plant sources. Many of the inorganic salts (antimony, arsenic, and mercury) are known to be poisonous, but are used with caution in medicine. Some of them are replaced by organic medicines. The study of pharmaceutical applications of inorganic compounds led to the establishment of a new pathway called Pharmaceutical Inorganic Chemistry, which deals with the study of essential and non-essential elements on their preparation, purity standards, test for identification, limit tests to be performed. to determine the quality and degree of purity, storage, different formulations and their storage conditions and therapeutic uses.
The term ‘Pharmaceutical’ is used for any chemical useful in prevention or therapeutics or that finds use in the preparation of medicines. Some find use only in the laboratory during preparation, but may not be present in the final product, these are also incorporated as pharmaceuticals. The quality of all these pharmaceutical products must be carefully controlled. For this reason quality specifications are mentioned for each drug. These descriptions are reported in the pharmacopoeia.