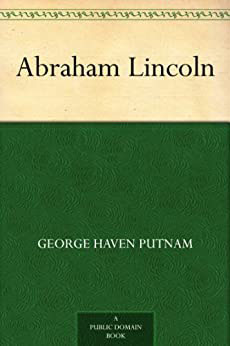 In this blog post, you can download a free Inspiring book named Abraham Lincoln in pdf format free. February 12, 1909, was the centenary of the birth of Abraham Lincoln. In New York, as in other Union cities and towns, the day was given over to exercises of commemoration, and even in the South, in centers like Atlanta (whose seizure in 1864 had signaled the collapse of the Confederate cause), representative southerners gave their testimony on the life and character of the great American. The Committee in charge of the commemoration in New York arranged a series of speeches for the people of the city and I had the privilege of being selected as one of the speakers. It was an indication of the rapid demise of the generation that had been involved in the events of the war, that the list of speakers, 46 in all, included 4 men who had ever seen the hero whose life and character. they were describing. Writing later, chiefly for the information of my children and grandchildren, at my own address (which had been given without notes), I found myself so absorbed in the interest of the subject and in recollections of the War period, that I was impelled to enlarge the document to present a more complete study of Lincoln’s career and character than had been possible to attempt within the scope of an hour’s talk, and should also include references, in broad outline, to the constitutional struggle which had preceded to the contest and to the main events of the war itself with which the great war president had been most directly related. The monograph, therefore, although in the form of a historical essay or sketch, retains in certain parts the character of the spoken discourse with which it originated.

It is now published in the hope that it may be of interest to certain readers of the younger generation and may serve as an incentive to reading the fuller histories of the War period and in particular the best biographies of the great American whom we honor as a leader of the People. I have had the good fortune to obtain (however, only after this monograph was typed) a copy of the pamphlet printed in September, 1860, by the Young Men’s Republican Union of New York, in which the revised text is presented. by the speaker, of Lincoln’s speech at the Cooper Institute in February, the speech that made him president. This edition of the speech, prepared for use in the presidential campaign, contains a series of historical annotations by Cephas Brainerd of the New York Bar Association and Charles C. Nott, who later rendered further distinguished service to his country as Colonel of the 176th Regiment. , NYS Volunteers and (after the end of the war) as Chief Justice of the Court of Claims.

These young lawyers (not yet leaders of the Bar Association) seem to have realized immediately that the speech would constitute the platform on which the issues of the presidential election would be contested. Not being prophets, of course, they were in no position to know that the same statements were to represent the contests in the North over which the Civil War was fought. I may include, with the academic notes of the two lawyers, a valuable introduction to the speech, written (until February, 1908) by Judge Nott; together with certain letters which in February, 1860 passed between him (as representative of the Committee) and Mr. Lincoln. The introduction and letters have never before been published and (as is also the case with the liner material) are now printed only in the present volume. I judge, therefore, that I may be doing a service to the survivors of the generation of 1860, and also to the generations that have grown up since the war, by taking the occasion of the publication of my own little monograph by reprinting these notes in form of permanent conservation and for reference by scholars of the history of the Republic.

Abraham Lincoln Book by George Haven Putnam is also a motivational book like Liftoff Elon Musk and Desperate Early Days. I strongly recommend you to read this book also.